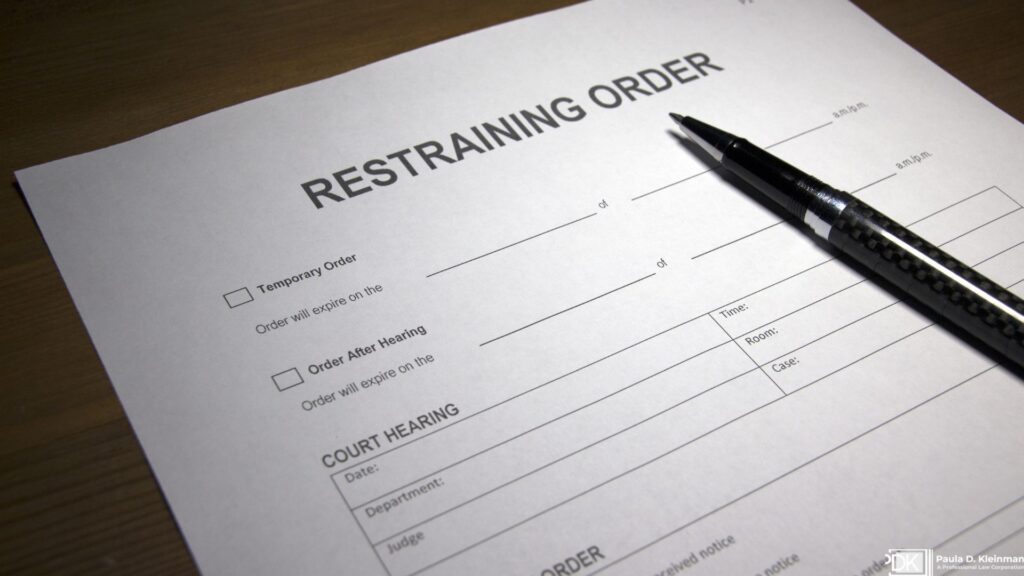 Other relief that you can seek with a restraining order, with the help of an Oceanside family lawyer, may include one or more of the following, or the Court may make other orders that it determines are necessary and proper given the facts of the case.

Temporary Family Law Restraining Orders may be obtained by an ex parte hearing (usually within 48 hours) or a regular noticed motion.

What Is Domestic Violence?

In order to qualify as “domestic,” the abused and the abuser must be or have been in an intimate relationship (married or domestic partners, are dating or used to date, live or lived together, or have a child together), or be closely related by blood or by marriage.

If you are being abused in any of these ways or you feel afraid or controlled by your partner or someone you are close with, please give me a call at Paula D. Kleinman, A Professional Law Corporation. 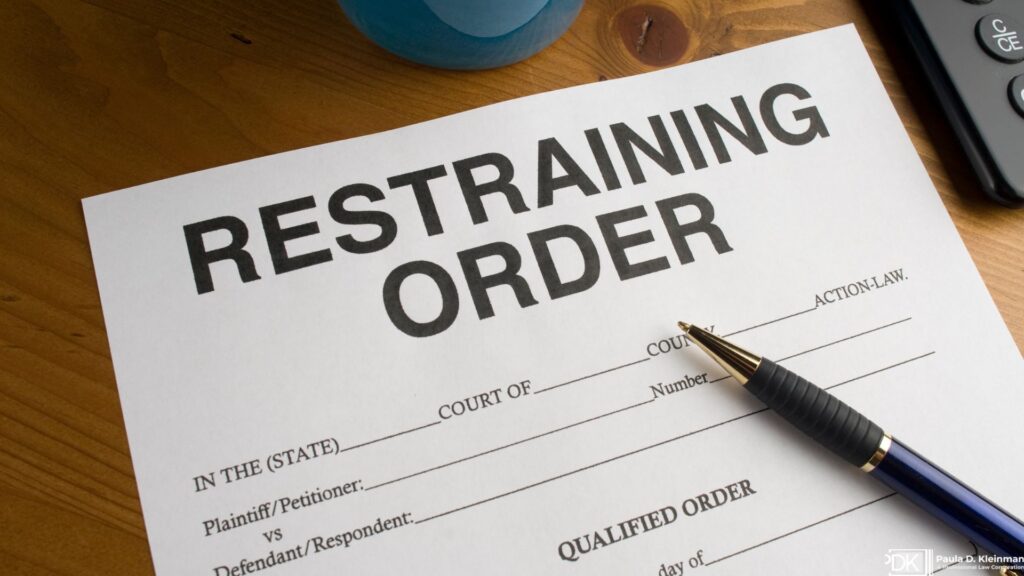 Paula Kleinman will assist you through this emotional time either by obtaining a Restraining Order for you or defending you against a Restraining Order. Whether you’re the abused or the accused abuser, male or female, I can help guide you through the court system and help keep you safe, both from the type of abuse that we call “domestic violence” and from those who use false accusations of domestic violence to manipulate the system to gain a tactical advantage in a divorce or custody case. Either way, you need someone at your side to protect your rights, and maybe even your life or livelihood. If you’re suffering from domestic violence or have been threatened with or served a Temporary Restraining Order, call my office today for a consultation.